Posted by Randy Lee
· No Comments 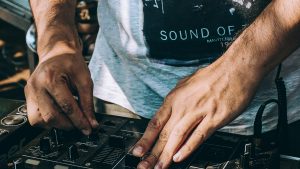 Painful joints affect millions of Americans. Basically, they are inflammation issues, but the inflammation may have a variety of roots. Recent research says delayed food allergies may cause joint diseases. And there are other diet and weight issues to consider, too.

Pain is generally the primary concern for sufferers.  And besides common prescription painkillers, there are many natural pain relievers, such as turmeric, curcumin, white willow bark, una de gato, yucca, colostrum and others.

Gout is one prevalent joint issue that occurs when there is too much uric acid in the body.  It was once called the ailment of the rich due to the fact that many foods in their diets (now common in most of our diets) such as red meats, mushrooms, alcohol, flour and sugar leave a uric acid residue.  Reducing these in your diet and adding black cherries and celery seed can reduce these symptoms. You might also consider supplements containing safflowers and juniper berries.

Uric acid often collects in the joints forming small crystals that grind into the tissues as the joints move.  A great tonic to help dissolve these crystals in made by mixing an ounce of raw, unfiltered apple cider vinegar with a teaspoon of raw honey, two ounces of warm water and two ounces of apple juice and drinking this one to three times per day.

The breakdown and loss of the tissue pads between the bones of your joints due to wear also causes bone-to-bone inflammation. While much research says that these tissues cannot be rebuilt, we have found that long-term use of glucosamine with chondroitin is helpful. Here, MSM also helps to alleviate much of the pain in the tissues around the joints.

Several years ago I had a customer come in early while I was cleaning the floors and wanted to talk about joint pain in her knees. I noted her weight without mentioning it to her and asked if she would walk with me while we chatted.  A moment later I asked her to hold a 25-pound wooden display barrel so I could clean under it and then walked a few steps further. She followed. Then I picked up a second barrel and asked her to hold it. Still talking, she followed me and began to breathe a bit harder. I chuckled and took the barrels from her and asked her what she felt as we walked only those few steps. She mentioned the hard breathing but also commented on the added discomfort in her knees. She admitted that the two barrels weighed about the same as the amount of weight she needed to lose. Being overweight definitely contributes to the wear and inflammation in our joints. Try to get to and maintain the optimal weight for your age and physical structure and you may have less joint issues as well.

Our body systems all work together. Proper anti-inflammatory diets, appropriate exercise, sufficient hydration, and recommended supplementation may all help you enjoy health joints and painless movement throughout your life.

The Health Patch | Copyright © 2020 All Rights Reserved | another M11 Design